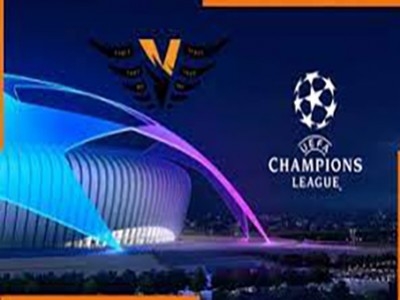 Ronaldo vs Messi in the UEFA Champions League

The two most celebrated forwards of their age, Messi and Ronaldo have met 35 times in total with their clubs and national teams over the years, with the Argentinian having slightly the better of their encounters in terms of wins (16 to Ronaldo's ten) and goals (22 to Ronaldo's 19). However, they have not met in European competition since Barcelona eliminated Real Madrid in the 2010/11 UEFA Champions League semi-finals.

The players' first three encounters at any level were all in the UEFA Champions League, kicking off in the 2007/08 semis. Ronaldo missed a penalty for United after just three minutes of their first encounter (a 0-0 draw at Camp Nou), but it was no great disaster in the long run: Paul Scholes scored the only goal in the second leg and United went on to win the final against Chelsea on penalties in Moscow.

Ronaldo was entitled to bear a grudge after Messi spoiled his final game as a United player before his summer 2009 switch to Real Madrid; the Argentinian scored the second goal of a 2-0 win for Barça in the 2009 UEFA Champions League final. "We, the players, were not well, the tactics were not good," said Ronaldo after full time in Rome. "Everything went wrong."

After Pepe was dismissed in the first leg, Messi took full advantage, striking twice in the last 15 minutes – including a superb solo effort – to tilt the balance of the tie in Barcelona's favour. His efforts took him to 11 for the season, and he went on to score a 12th in the 3-1 final win against United, finishing as the competition's top scorer for the third season in a row.