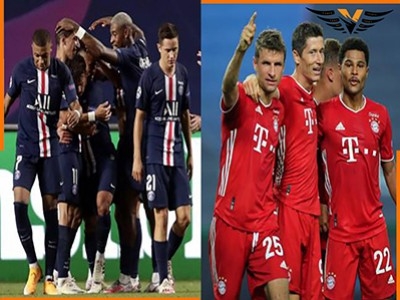 Final debutants Paris will take on five-time winners Bayern in the 2019/20 UEFA Champions League final at the Estádio do Sport Lisboa e Benfica. The game will kick off at 21:00 CET on Sunday 23 August.

What the coaches say

Thomas Tuchel, Paris coach: "My feelings are very hard to describe, even in English. Very hard to describe. From totally exhausted to totally happy. At the same time, staying focused because the trip is not over. We have a final to play in, which we absolutely want to win. Stay calm, stay cool, and try to prepare for it like any other game. Don’t do special stuff; the game is special itself, so why should we overload it with videos, with speeches, with motivation?"

Hans-Dieter Flick, Bayern coach: "Paris are a great team, they fought their way into the semi-final and then reached the final. We will analyse some things, we know they have quick players. We will look to organise our defence, but we know our biggest strength is putting our opponents under pressure."

• Paris are the 41st club to appear in the European Cup final; they would become the 23rd to win it. They have won one of their three previous European finals:

• Bayern are seeking to join Liverpool on six European Cup wins and become the joint-third most successful club in the competition's history behind Real Madrid (13 titles) and AC Milan (7). Bayern's record in European Cup finals is W5 L5: