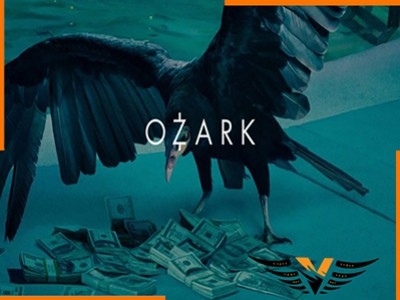 For a show as craftily built as it is, Ozark sure acts dumb sometimes. Netflix’s Emmy-winning series—about a Chicago family laundering money for a Mexican drug cartel from a base of operations in Missouri vacationland—has all the slick trappings of expert Breaking Bad pastiche. Like that show, Ozark compellingly follows its once-square protagonists deeper and deeper into a criminal hell of their own making, introducing them to a host of quirky and sinister side characters who act as impetus, impediment, and moral litmus test. The Byrdes of Osage Beach are forever in a bind, a mounting pressure that sends them scrambling and bickering headlong toward some kind of inevitable oblivion. On those merits, Ozark is a taut, grimly entertaining show.

Until, well, it gets frustrating. By season three (premiering March 27), the Byrdes—shrewd accountant Marty (Jason Bateman) and calculating political operative Wendy (Laura Linney)—have gotten themselves so ensconced with the violent Navarro cartel that every move they make has to be perfectly calibrated, lest they run afoul of the boss or his Stateside lawyer, the efficiently murderous Helen Pierce (Janet McTeer). Or, at least, they would move in careful calibration were this not a television show in constant need of ever more snares and obstacles to keep the engine running. To that end, the Byrdes make some bogglingly stupid, irresponsible choices, which dilute the show’s cool credibility—and, especially in season three, send it careening toward melodrama. Finely acted melodrama, but melodrama nonetheless.

Any regular TV viewer should be willing to forgive some dramatic nudging; a show that moved with the actual plod of real life—even drug money laundering life—would likely be fatally boring. So, some of Ozark’s not terribly believable stuff is permissible, even welcome. For instance: take the character played by recent Emmy winner Julia Garner, hardscrabble local girl turned Byrde family business associate Ruth. In the first season, her hotheadedness was a worthy foil for Marty’s cold, ruthless (heh) pragmatism. But by season three, her volatility and refusal to tow the line should probably have gotten her sent to the bottom of the lake for jeopardizing so much in an increasingly high-stakes situation. And yet there she is, still stirring up trouble from within the organization—mostly because the show is loyal to her and there needs to be some lingering local flavor to offset all the carpetbaggers arriving from Chicago, Kansas City, and Mexico. She’s part of the show’s DNA, and thus her improbable survival is, I suppose, justified.

But a few additions to the third season represent unforgivably absurd lapses in character judgment, in ways that seriously weaken the show’s punch. The most glaring is the arrival of Wendy’s troubled brother, Ben (Tom Pelphrey), who barges back into the Byrdes’ lives unannounced, as if some overseer has pressed a button labeled “narrative complication.” We gradually learn that Ben is bipolar, a serious neurological condition that the show treats like a mere plot device, like a gun introduced in the first act of a Chekhov play. That doesn’t sit right, nor does it make much sense that Marty and Wendy—Wendy, who turned so hard-hearted and singularly driven last season!—would tolerate this incredibly destabilizing force in their family’s life, just as they’re getting things ordered.

He sticks around, of course, causing mess after mess. Meanwhile, a watchful and vexingly principled FBI agent is auditing the Byrdes’ riverboat casino just as Helen is losing her faith in Wendy and Marty, all while the Navarro cartel wages a bitter war with another outfit, which spills north across the border. That’s a lot to juggle without having to manage a mentally ill family member.