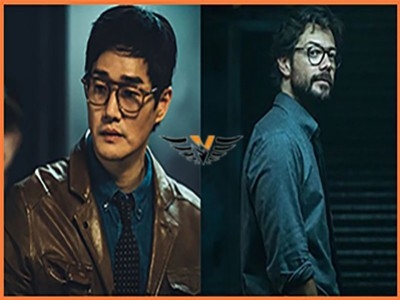 Money Heist aka La Casa De Papel created waves and garnered critical acclaim globally. The show was also remade in Korean and was titled Money Heist: Korea - Joint Economic Area. Actor Alvaro Morte, who plays the role of The Professor has finally reacted to the Korean adaptation and said that he hasn’t watched the show yet but really liked the trailer. He also hinted that the Indian adaptation of Money Heist was underworks and praised Indian content.

In an interview with India Today, Alvaro Morte spoke about Money Heist: Korea - Joint Economic Area. He said, “I haven't watched it [the show] yet. You know, I just saw the trailer. I think it's very good. I mean, Korean people, they know how to do it. The Indian people know how to do fiction and action. And I'm pretty sure it's going to be very good. I hope they are doing great. I don't know the cast; I don't know them."

Morte added that he would like to meet to cast of Korean Money Heist and said, “"Hopefully, one day we can meet them and discuss, ‘Hey, how did you approach? The professor, how do you build it out? You know why I did it this way. I would like to know how you have done it?’ I'm an actor. I love the professional character. And I love Money Heist, but being an actor, of course, part of my work is to change characters to perform different things.”