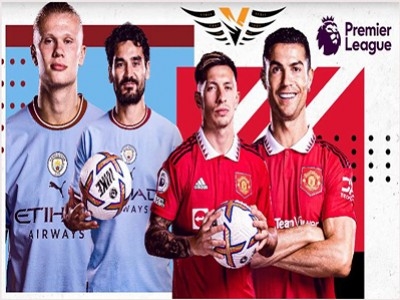 Manchester City vs Manchester United, EPL: All you need to know

Premier League holders Manchester City will host bitter-rivals Manchester United in the first Manchester derby of the 2022-2023 season at Etihad Today. Here's all you need to know about the blockbuster clash in the Premier League.

For the unversed, Ten Hag and Guardiola were once colleagues at Bayern Munich. Former Ajax manager Ten Hag was looking after the second team of the Bavarian giants when Guardiola coached Bayern Munich from 2013 to 2015. Besides newly appointed Red Devils manager Ten Hag, at least six Man United players can play their first derby match against rivals Manchester City later.

The hosts are hoping to secure a hat-trick of wins over the Red Devils for the first time since 2014. Man City enjoyed a winning run of four games against Man United between April 2013 and November 2014. Only Chelsea (18) and Liverpool (18) have registered more wins over Man United than Manchester City (17) in the Premier League.

After losing four in a row, Man United have won their last four matches in the English top flight. Man United have recorded the most number of wins over Man City. The Red Devils have won the Manchester derby 21 times in the English top flight. The visitors are placed 6th on the points table while holders Man City are second with 17 points from 7 matches. Goals from Kevin De Bruyne and Riyad Mahrez guided Man City to a 4-1 over Man United when both team last met in March.

Man United manager Ten Hag has confirmed that strikers Anthony Martial and Marcus Rashford have returned to training ahead of the Manchester derby. Man United will miss the services of star defender Harry Maguire. Axel Tuanzebe and Brandon Williams are also not available. The hosts are without England defender John Stones, who sustained a hamstring injury ahead of the Manchester derby. Man City's Kalvin Phillips was earlier sidelined picking up a shoulder surgery.