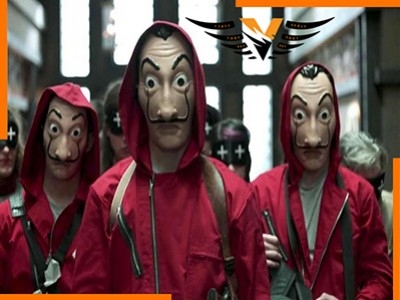 La Casa de Papel: season 4 is out, a continuation planned ?

The wait is over for fans of La Casa de Papel. The eight episodes of season 4 are now online this Friday, April 3, 2020. A temporary bug prevented fans from discovering at 9:01 am this fourth part of the Spanish series, due to an influx of too many simultaneous connections. The problem has been restored and the devotees of the robbery fiction have already been able to start (see finish!) The fourth season of La Casa de Papel. After discovering the fate of Tokyo, Nairobi or the Professor, subscribers certainly wonder if a sequel will see the light of day on the streaming platform.

For the moment, season 5 of La Casa de Papel has not been announced. It is therefore not known if a sequel is planned, although the resounding success of the Spanish series suggests that the streaming platform will be tempted to sign new intrigues for this team of robbers. However, actor Alvaro Morte, who plays The Professor at the head of operations, has spoken out on the subject. He said he was not necessarily motivated by the idea of ​​continuing the series indefinitely in the columns of Télé-Loisirs: "I don't know [if there will be a season 5, editor's note]. But I I don’t think it’s necessary to shoot a thousand seasons. You have to know how to say goodbye to the characters when the series are running. I’m one of those who prefer to stay on a good impression. " The Spanish actor definitely does not close the door to a season 5. Will the brains of the band La Casa de Papel be back if a suite is ordered? We will have to wait a little longer to find out.