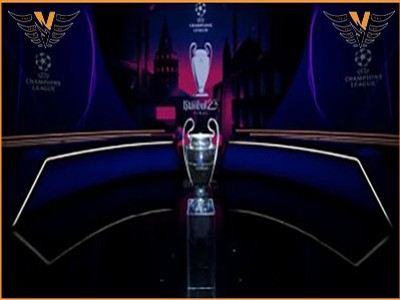 Champions League permutations: Who can go through and get knocked out?

The UEFA Champions League group stage is heading towards its conclusion, with only two matches left to play.

Some groups are tighter than others and although some teams have already qualified or been knocked out, there’s still plenty still to play for as we progress towards knowing the winners and losers of each group.

As a reminder, the group winners will be seeded for the last-16 draw, with the runners-up qualifying unseeded and third-place sides dropping down into the Europa League knockout stages.

And, if teams are level on points, their head-to-head records, not goal difference, are what separates them.

Got that? Great. Vimoul guides you through what can happen as we approach matchweek five.

Champions League permutations at a glance

Next fixtures: Napoli vs Rangers, Ajax vs Liverpool

Liverpool: Through if avoid defeat

Ajax: Out if fail to win. Will book Europa League spot if they draw and Rangers lose

Rangers: Out and need Ajax to slip up to have chance of reaching Europa League

Next fixtures: Club Bruges vs Porto, Atletico vs Bayer Leverkusen

Club Bruges: Through and will win group if they avoid defeat

Porto: Through if win and Atletico fail to win

Atletico: Out if fail to win and Porto fail to win, but can still reach Europa League

Bayer Leverkusen: Out if fail to win and Porto win. If lose, confirmed to finish bottom

Next fixtures: Inter vs Viktoria Plzen, Barcelona vs Bayern Munich

Bayern Munich: Through to round of 16 and will be confirmed as group winners if they win, or if Inter don’t

Inter: Through if match or better Barcelona’s result

Barcelona: Out if they lose, if Inter win, or if both games are draws. If one of latter two permutations ensue, Barcelona’s Europa League place will be confirmed

Viktoria Plzen: Out but can still reach Europa League. Will finish bottom if they lose or if Barcelona win

Next fixtures: Tottenham vs Sporting Lisbon, Eintracht Frankfurt vs Marseille

Tottenham: Through if win and confirmed as group winners if they win and Marseille lose

Marseille: Through if win and Sporting lose as they hold head-to-head record over Sporting

Sporting Lisbon: Through if they win and the other game is drawn — but out if lose and Marseille win

Eintracht Frankfurt: Out if lose and confirmed in fourth place if they lose and Sporting win

Chelsea: Through if win, or if they draw and AC Milan win. Confirmed as group winners if they win and Dinamo Zagreb don’t

Salzburg: Through if win and AC Milan don’t

AC Milan: Out if lose and Salzburg win

Dinamo Zagreb: Out if lose and Chelsea avoid defeat

Next fixtures: Celtic vs Shakhtar, RB Leipzig vs Real Madrid

Real Madrid: Through and will win group if avoid defeat

RB Leipzig: Through if win and Shakthar lose

Shakhtar: Out if lose and RB Leipzig win

Celtic: Out but will remain in contention for Europa League place with a win

Manchester City: Through and will seal first place if they avoid defeat

Dortmund: Through if draw, or Sevilla and Copenhagen draw

FC Copenhagen: Out if fail to win and Dortmund win

Next fixtures: PSG vs , Benfica vs Juventus

PSG: Through if win, or draw and Juventus fail to win

Benfica: Through if win, or draw

Juventus: Out if fail to win

When is the Champions League round of 16 draw?

The draw for the first knockout stage in this season’s competition takes place at 11am (BST) on Monday, November 7.

The draw will feature the eight group winners and eight runners-up.

Seeded group winners will play the return fixtures of the two-legged ties at home.

No team can play a club from their group, or any side from their domestic league at this stage.